Mountain Lake Park was established in 1881 as a summer place for religious and cultural experiences. Considered the cultural center of the mid-Alleghenies, it flourished until the end of World War I. Recreational activities provided a diversion from lectures and study groups.

Under the auspices of a women's civic club, a building was constructed to house a library, bowling alley, and social room. Three red clay tennis courts, built shortly after the turn of the century, were located adjacent to the building, and the Western Maryland Championships Tennis Tournament began in 1915.

In the 1920's with a sanction from the United States Lawn Tennis Association and the Western Maryland Championships became an official tournament. Today, it is the oldest sanctioned tournament in the Tri-State area, which includes parts of New York, New Jersey, and Connecticut. 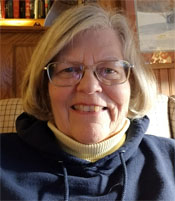 As a 5th generation summer visitor and now full-time resident of Mountain Lake Park, MD, I have always enjoyed being involved with the Western Maryland Championships. During the summer, I spent much time at the tennis courts with friends and, if no one was available, there was always the backboard on which to practice!

I have now watched my daughter win the women’s division and my grandchildren help the tournament by dragging the clay and sweeping the lines during many tournaments. The ever-important social events continue with the help of all ages and hopefully for ages to come!