I appreciate the opportunity to write about something so near and dear to my heart. I have known Tim Gallwey for almost 30 years and had the good fortune of being mentored by him for over 6 years starting in the mid-1990s.

With regards to John Yandell's series on what he learned from the Inner Game (Click Here), when I spoke to him, he suggested that I write a point/counterpoint article. But what I thought would perhaps be better was for me to write a series of articles that uses John's articles as a jumping off point to expand on Inner Game ideas and principles, clarify some things he wrote about, share my own personal experiences, and share some of the latest findings from neuroscience that support Inner Game philosophy. 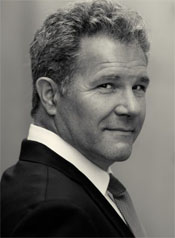 Sean Brawley has dedicated the past 25 years to helping people from all walks of life elevate their performance and unlock their potential. In the process he has become one of the world’s foremost experts on accelerated learning, innovative coaching, and sustainable high performance.

Sean was the primary mental coach for the USC football team for 9 years and helped Pete Carroll and the Trojans win 2 national championships. Sean is a former Top 150 world ranked tennis professional who competed at the highest level of the game including Wimbledon and the U.S. Open.